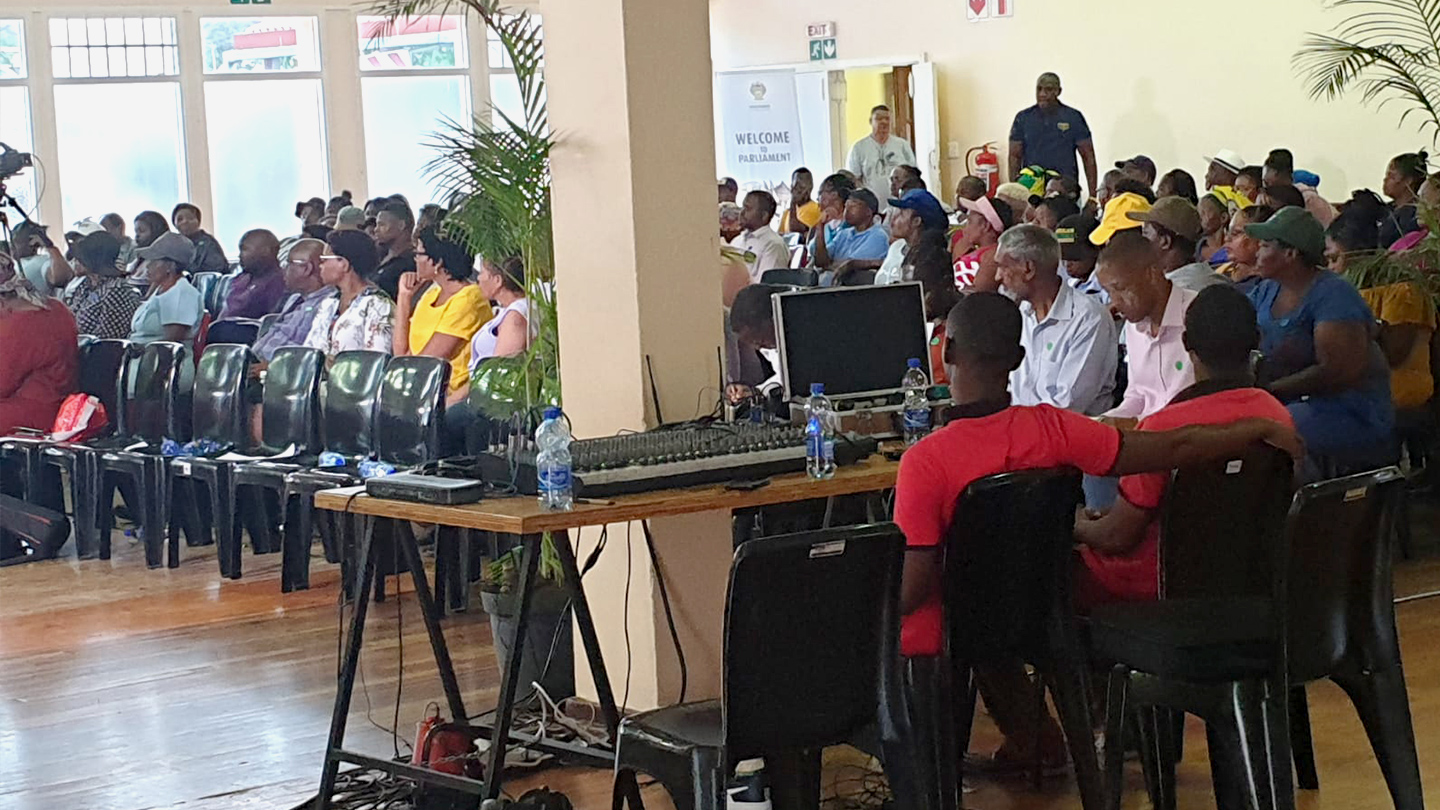 It would have been easy to conclude that the NHI public participation session in King Williams Town on Monday, 2nd December was a subdued affair. That would be making a grave mistake. Rather, for the residents of the small city, it was an important platform for them to put forward their views on the crucial proposal to reform the healthcare system.

One of the first on her feet was an old lady who spoke about going to the clinic time and again only to be told to return again and again because they were unable to see her; another much younger lady pleaded for more nurses at a clinic in Mdantsane because the nurses there were being overworked, were missing lunch breaks, and were regularly at their posts way past closing time because of the pressing need and their determination to help; there was another who spoke about patients receiving treatment in the open, some exposed to discrimination when they collected their HIV anti-retroviral medication; yet another lady spoke about the state of disrepair of clinic infrastructure who spoke about broken doors and blocked toilets; and another related how pharmacists were ‘tweaking’ prescriptions to make their supplies last longer thereby potentially creating recovery issues. For these speakers, the NHI would be welcomed.

Happily, local officials were on hand to make further notes about the matters raised, presumably in order to deal with them speedily.

One lady, who lived in Ward 41 she said, had constructive remarks and strong advice for the Parliamentary Committee. She argued passionately for a focus on primary healthcare, for preventing illness before patients need hospitalisation. In her talk, she acknowledged a few challenges even for primary healthcare provision: the wide-spread and often inaccessible villages in the Eastern Cape (and elsewhere) from where residents could not reach clinics and hospitals or even GP rooms, where there was no accommodation for medical staff, and where healthcare would somehow have to come to them.

Among these speakers, there was a steady stream of supporters for the NHI, who along with the rest of the about 200 present had earlier listened intently to the Chairman of the Parliamentary Committee, Dr Sibongiseni Dhlomo as he began the session by explaining the concept of universal health coverage and the role of the NHI in achieving it. They had listened quietly to his acknowledgement of some of the criticisms of the NHI. Everyone had earlier warmly greeted the rest of the Parliamentary Committee present, including representatives from the Democratic Alliance and the Economic Freedom Fighters.

It was a session in which the hope attached to the NHI was confronted by the difficulties facing healthcare reform. It will be for everyone involved in the healthcare system to deliver solutions. the audience in King Williams Town and elsewhere deserve nothing less.